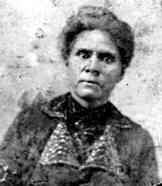 The Free State of Jones is an amazing story of an organized revolt against the Confederacy during the Civil War in Mississippi by white farmers and escaped black men and women (maroons).  They organized themselves into an armed fighting squad that dominated 1/3 of Mississippi, one of the most racist states.

Slavery devastated the income and employment of white workers while destroying the freedom of black workers.  Plantation and business owners used free, enslaved labor instead of employing white workers.  Only ¼ of white southerners owned slaves; most owned fewer than 20 people. To pacify white workers, the owners created a myth of white superiority that persists today.  They also forced many whites into serving as overseers on the plantations and punished whites who did not capture escaped slaves.

How did this revolt happen?  The Civil War killed over 600,000 soldiers in brutal battles that also maimed and injured many more.  The Confederate Army forced southern workers and farmers to join the army yet allowed men whose families owned 20 or more slaves to avoid conscription.  This “20 slave rule” enraged poor workers and generated resentment against the Confederacy.  Poor families also rebelled against the Confederate soldiers who ransacked their properties, stealing food, livestock, and household goods, leaving their families totally destitute.

At the same time, some refused to support slavery and joined with freed black people to fight the plantation owners.  They rejected the idea of racial solidarity with the rich and fought for their class interests alongside free black men and women.

Newton Knight, one of the poor farmers in Jones County, left the Confederate Army after the battle at Corinth and fled to a swamp where the maroons lived.  Supported by local farmers and enslaved people, they organized themselves into an armed force and attracted 100s of others to stop the Confederacy forces.  Using guerilla tactics, they ambushed the troops and retreated to the swamp and safety.

The movie depicts these events: the Army’s assaults on poor white households, the attacks on the troops, and life in the swamps.  The movie highlights the role of women in this battle.  Knight armed women with firearms and training.  In one scene, a Mom and her 3 young daughters hold off a band of Confederate soldiers with shotguns.  In another, women ride through a battle shooting and killing more soldiers.  Unfortunately, the movie does not give a voice to these women.

The movie clearly extolls and focuses on Newton Knight (played by Matthew McConaughey).  He makes all the major speeches.  Several reviewers accuse the director of playing into the “white rescuer” character.  While the fighters included white and black people, the movie would be stronger if it covered how they worked together and how this struggle changed the racial prejudices among the white members.

Knight continued to fight racism after the war during Reconstruction, building schools and teaching black children along with his own white children.  He fought the Klan yet managed to survive into his 80s.  Unfortunately, this multi-racial solidarity did not prevent the rise of racism and the Klan after the war.

Knight’s family life included a white wife, Serena, and a black wife, Rachel, a former slave, with whom he fathered many children who lived on the same land in different households.  After the war, he continued to live with Rachel without divorcing Serena.

While the story would be strengthened by giving more attention to the other fighters, it offers an important example of multi-racial struggle in the deep South during one of the most divisive periods of American history.  It discounts the image of the white working class as solidly racist who cannot recognize their own class interests.  The Knight “army” showed tremendous black-white solidarity, militancy and bravery to stop the Confederacy.

Books by Sally Jenkins and Victoria Bynum provide more depth on the Free State of Jones.