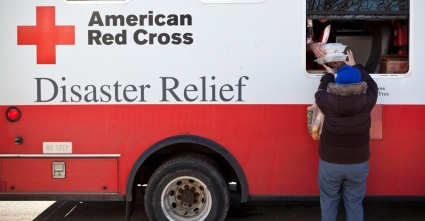 As many writers have observed, the American Red Cross (ARC) is very good at one thing: raising money, with annual revenues of over $2.6 billion.  But they aren’t very good at delivering help to those who need it.  In 2010 when the earthquake struck Haiti, killing an estimated 100,000 to 316,000 people, ARC staff swung into action doing what it does best: raising money. Their appeal to “save lives,” aided by endorsements from President Obama and celebrities and fueled by a pioneering text message campaign, raised an incredible $488 million.

However, soon it became clear that the organization’s biggest problem would be figuring out what to do with all that cash. The U.S. chapter had just three full-time staff in Haiti at the time of the disaster. They soon transferred more staff to Haiti and subcontracted staff from the local Haitian Red Cross.  But there wasn’t much they could do.  The American Red Cross isn’t a medical aid group à la Doctors Without Borders. It doesn’t specialize in rebuilding destroyed neighborhoods. What it does best is provide immediate assistance—often in the form of blankets, hygiene kits or temporary shelter.  As destructive as the earthquake was, there wasn’t half a billion dollars of tarps and hygiene kits to hand out.

ARC staffers came up with all kinds of clever ways to unload the money, including handing it off to other aid groups that could make better use of it – after ARC had taken its customary nine percent administrative squeeze.  They say they provided homes to more than 130,000 people, but the actual number of permanent homes the group built in all of Haiti was just six.  ARC says that building the homes was delayed by Haiti’s awful land title system, but other charities had to deal with the same land title system and built 9,000 homes compared to the Red Cross’ six[i].  Where did all that money go? Two years later, the American Red Cross is still scrambling to explain why the half a billion dollars it took in made almost no difference in the survivors’ lives. A meaningful breakdown of its spending after the Haiti earthquake has never been produced.

The American Red Cross is very fond of publicity – at the expense of everything else!  In the aftermath of Hurricanes Isaac and Sandy in 2012, the ARC had an internal review that concluded that the distribution of relief supplies was “politically driven.”  During the Hurricane Isaac operation, ARC supervisors ordered dozens of trucks, usually deployed to deliver aid, to be driven around nearly empty as an advertising ploy.  During Sandy, emergency vehicles were taken away from relief work and assigned to serve as backdrops for press conferences, angering disaster responders on the ground because they ran out of trucks to do disaster relief.   But it doesn’t stop there!  Also during Sandy about 1000 victims (mostly poor and black) were placed in Manhattan hotels soon after the storm with no way to get food or clothing, not having been given any money or food stamps.  But the Red Cross refused to help them when begged to do so!  The victims had to organize three demonstrations at their offices.  Aid was provided only after there was television coverage of their demonstrations.  Once again, publicity, this time negative, was the deciding factor, not helping people. 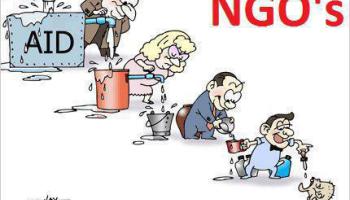 Charities are a subset of organizations known as Non-Governmental Organizations (NGOs).  As the term implies, they are organizations that are independent of the government of the countries in which they operate, and they may or may not also have branches in other countries.  For example, Doctors Without Borders was started in France and now has offices in most developed countries and operations all over the world, typically in places that are in deep stress from famine, flood, war, disease epidemics, etc.

Unfortunately, a large fraction of NGOs only collect money and do absolutely nothing. And those that do something can have sticky fingers for cash.  In a University of Warwick survey of 600 NGO directors, most respondents gave no thought to their own accountability.  In a study of 300 Uganda NGOs, Burger and Owens (2008) found that despite claims to the contrary, 69% of the NGOs did not consult the community before or after they initiated an activity and 25% of those who claimed to provide financial information on request did not do so or lied about it. The basic idea of accountability is simple.  How much money did the NGO raise?  The NGO should provide a breakdown of the cost of operations and expenses.  A double check should be made that the work of the NGO corresponds with its claims. 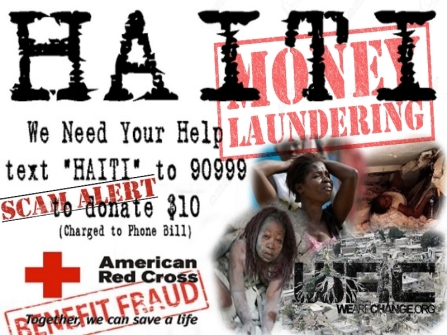 Let’s use the example of Haiti. In the 21st Century, Haiti had to endure all of the following disasters:

Haiti is everyone’s favorite basket case. Relief funds could not be given to the extremely corrupt Haitian government so it was bypassed in favor of NGOs.  Nobody really knows how many NGOs there are in Haiti let alone what they supposedly do or how their funds are spent. There are somewhere between 3,000 and 20,000 NGOs in Haiti depending on whom you ask.  What do they do?  Most are completely opaque, not providing any information about their finances or operations.  Did the NGOs work bear any fruit?  Timothy Schwartz, a critic of NGOs and former consultant in Haiti, writes[ii]:

But while individual NGOs have educated children, drilled wells, planted trees, and saved tens of thousands of lives through vaccination and clinic programs, they have accomplished little detectable change in the country as a whole. Haiti remains the most underdeveloped nation in the Western hemisphere and over the past three decades, precisely when NGO activity flourished, it has sunk further into abysmal poverty

Capitalists are aware of how corrupt charities are, but they are quick to suggest to their employees that they should contribute to the United Way or some other charity as a payroll deduction.  This is done so that they can appear to be concerned about the poor of the world when in reality it is their policies that cause much of this suffering.  Observe that the charitable donations come at your expense, not theirs. Some supervisors who want to make themselves look good to upper management push employees to give to the United Way or other charities. Sometimes employees are threatened with having their requests for absences “carefully reviewed” or with other possible sanctions. This is in the face of your right to spend your money as you please.  This could also be viewed as extortion since your employer is claiming to be part of your paycheck and threatens to punish you if you fail to contribute.  Most people I know give some money so as not to draw attention to themselves.

So charitable giving isn’t as easy as it looks, and you can be well assured that there are plenty of fakes out there.  The list of organizations that rate charities, listed below, might be helpful.

If you are in doubt, try and give to small local organizations or individuals that you know will use your donations as intended.

Most importantly, we should keep in mind that the aftermath of natural disasters are almost always exacerbated by pre-existing underlying conditions, such as a lack of warning systems, shoddy housing, or destruction of natural protections like flood plains; all of which would cost money to correct. Those that suffer the most when disasters occur are almost always the poor, whose welfare is of no more importance to wealthy capitalists after a disaster than it was before. They just have to seem to care when the whole world is watching – and why not make a few bucks with some fake charities while the giving is good?