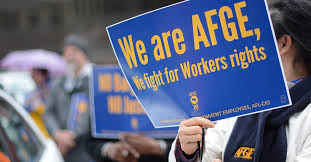 This article discusses my union work as a public sector employee. When I started the job, I became a shop steward within my first year. My platform was fighting racism. I held a low level job as a technician, and was one of the few white techs in the library. I distinguished myself as a militant supporter of my coworkers against the bosses.

I started leafleting outside the building with InCAR (International Committee Against Racism) flyers. The topics dealt with across-the-board wage increases instead of percentages because percentages harmed the lower grades. The lower grades were held by predominantly Black workers. The leaflets also talked about larger social issues such as apartheid in South Africa. I put out flyers supporting the Metro workers when they went on strike. Flyers supporting the air traffic controllers (PATCO) workers and the Greyhound Bus workers when they were on strike were distributed.

Every time I ran for various union offices: President, executive board, shop steward. My campaign literature was devoted to fighting the racist, sexist practices by the bosses, I was known as a militant antiracist who stood toe to toe with the bosses. I did not back down.

One small struggle helped a Black woman get her job back. She and a quasi-supervisor tried to doctor their leave and earning statements to show higher salaries were necessary to get credit cards. The woman, a low level typist in a typing pool, decided not to do it, but left the evidence in the trash can. The quasi supervisor ratted on her to the boss! The bosses said the rest of her coworkers couldn’t trust her now. That was the reason they fired her. I knew the women in the typing pool. I struggled with them to sign a letter which said they trusted the woman and wanted her to have her job back. The woman was pregnant. I then passed out flyers in front of the building calling out the racist firing of the pregnant worker. Who should call me? The vice president of the union called to tell me that the bosses were upset and I should stop! I told the vice president that was not my concern. The firing was unnecessary and racist. I wanted the woman to get her job back. I went through the whole grievance procedure, as well. In the end, the union, under pressure, found the woman another job in another department.

It took 20 years to set up the Civil Rights Committee in our union. Why? The union misleaders did not want a group of angry workers fighting the bosses at work! When the Civil Rights Committee was established, it was little more than window dressing. The workers on it were weak and toed the line of the misleaders of the union. They did not make waves! I was able to get on the Committee when the union leadership changed. We started off with a forum on racial inequalities in the workplace. It was well attended. Unfortunately, nothing ever came of the forum. As a member, I tried to build coalitions between the diverse groups in the workplace: Blacks in Government (BIG), HACE, the Hispanic group, persons with disabilities and Native Americans. The public sector had special interest months. January was Dr. Martin Luther King, Jr.; February Black history month; March Women; May Asian-Pacific; June LGBT; September 15 to October 15 Hispanic; October Disabilities; November Native American. We tailored programs to those months. We served lunch because free food was a big draw. The programs showed the union’s involvement and visibility.

During this time the bosses were harassing outspoken Black and Latin male union members. If they tried to speak to the Secretary of Labor about discrimination on the job, or fight back vigorously, security escorted them out of the building and told not to come back to work! They were put on administrative leave. When Civil Rights Committee members discussed their situations with our union misleaders, they passed the buck. We were told “Don’t worry, no reprimand or other disciplinary action has been taken yet!” What about the workers who were sitting at home worrying about their job?? Our Committee decided to write Freedom of Information Act (FOIA) requests. These FOIA demanded how many workers were on paid administrative leave, the race of the workers, the gender of the workers and the reason for the administrative leave. Management decided to ignore our request. We just kept firing back our FOIA requests and made it public that we were doing so. Several union members were given their jobs back in this way. One of them approached me on his return and thanked the Civil Rights Committee for pressuring management. He felt that was the reason he was brought back to work.

Our Committee was very diverse with Asian, Latin, Black, white, Native American workers, and those with disabilities. We showed movies. We also had speakers. We had people from the community come and speak about police brutality. Redmond Barnes came from the People’s Coalition for Police Accountability and spoke about the struggle against the police murder of Prince Jones. We had a Hyattsville City council member come and speak about the fight against the racism of the rental agreement bill that the City of Hyattsville was trying to pass. Residents along with CASA were fighting the bill.  CASA is a group that helps immigrants fight injustices and deportations. The bill targeted the immigrant workers who rented rooms in their houses. We played Dr. King’s speech against the war in Vietnam with a montage of pictures playing in the background that my son had produced. This presentation was always a standing room only crowd. We wanted people to know that Dr. King was more than just his “I have a Dream” speech and cared about economic justice for all.

For Women’s month we showed ”With Babes and Banners” a documentary about the Flint Sit down Strike at the GM Plant in Flint Michigan. It highlighted the Women’s Brigades who won the strike by fighting off the company goons and the tear gas of the Michigan National Guard! The women decided that babysitting and cooking the meals was not enough. Being on the front lines was necessary to keep the men in the factory until the strike was won. When the cops and National Guard lobbed tear gas at the factory windows, the women broke the windows so air could get in so the men could breathe. The women held off the police so reinforcements could come and help. The women’s brigades were vital to the strike.

We also had discussions about the myths of immigrants not paying taxes and taking away jobs from US citizens. We had a speaker from Pew Research come to speak. We wanted to make sure that our members to expand their consciousness. We knew that our members did not only care about their paychecks.

The Committee members enthusiastically planned the programs. We divided up responsibilities so no one member struggled with all of the work. The members appreciated how collective the Committee was run. In order to float new ideas, I would discuss them with members before the meeting. We worked as equals rather than top down leadership. We played to the strengths of the members. Local 12 members enjoyed our presentations. Many presentations were filled to capacity.

My template for organizing was InCAR, which allowed rank and file members to pick struggles in the local areas with little top down directives. We collectively decided in which antiracist struggles to join. We knew that including all workers helped. We believed in multiracial unity and militant struggle.

The larger purpose of going into the job with the idea of fighting racism at every turn motivated me on the job. It enabled me to know diverse groups of workers. The Washington, DC area is diverse but very segregated. Without the mindset of bridging the racial divide, I would have remained in a “white bubble” both at work and in my community.

Learning to be more patient and less judgmental was essential in being a shop steward and advocate for workers. I boasted and believed that 99% of the time I blamed management for the workers’ situations.

The union leadership tried to stop me by not supporting me when I fought battles with management. They tried to isolate me from the members and intimidate me. I threatened their power by organizing the union members to press for more militant fight back against management.

Unfortunately during the first years the members thought it was a personal battle between me and the union president. Separating the personal from political was hard because both of us exhibited strong leadership skills. The fact that the president was Black made it harder to convince Black union members he did not act in their best interests.

Organizing is a process. Talking to workers and listening to them are essential elements. Taking things one step at a time became clear to me. Being only twenty-two and fresh out of college, a steep learning curve loomed ahead of me. My approach consisted of being accessible. I became friends with my coworkers. I ate lunch with them. I invited them to my house for parties. I spoke up when the supervisors tried to intimidate workers. Filing grievances was one avenue but not the only option. Informing workers about major struggles both in the workplace and in the world helped build a base for action. Passing out flyers before work was the main tool. The flyers calling out racist supervisors and unfair firings helped put pressure on the bosses and the union to get restitution for the employee. It was a matter of knowing that following the contract with the grievances and deadlines were important, but organizing other workers to get involved in the struggles were most important. If other workers did not stand up to fight back, nothing would change. Doing these activities made the union leadership upset. They then would have to act militant to cover themselves for not doing anything! I also called out the mistakes the union leaders were making. I would struggle with coworkers to attend the union meetings and pass resolutions to make the union leadership do the right thing.

My outlook enriched my life and my husband and children’s lives. My children gravitated to whom they liked knowing it made no difference to us what the color of their skin was.