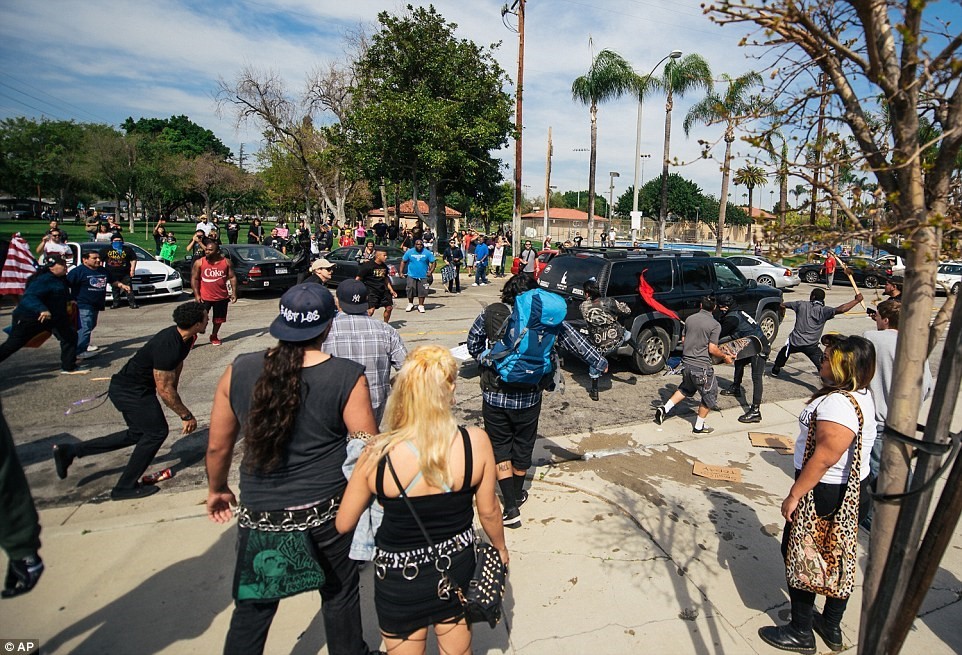 The election of Trump gives racists like the KKK and Nazis the green light to attack Muslims, African Americans, Latinos, Jews, immigrants and others who join in solidarity with them.  This year, the KKK and Nazis rallied against immigrants and African Americans in several cities in California (pictured above).  In Pelham, North Carolina, the Klan organized a rally, and the Nazis announced an armed march against Jews in Montana.   And of course, we have the Klan in blue ready to shoot and kill the unarmed, almost always young people of color. END_OF_DOCUMENT_TOKEN_TO_BE_REPLACED

Police Violence IS  a Public Health Issue at APHA

An exciting victory in the fight against racist police violence was won at the American Public Health Association convention on November 1, 2016.  Over 10,000 largely progressive health workers meet annually to present public health data and program outcomes.  Members may also propose policy resolutions to represent the organization’s agenda. The cautious and conservative leadership review them and recommend approval or rejection, although a representative membership body votes to accept or reject them. END_OF_DOCUMENT_TOKEN_TO_BE_REPLACED

The American Public Health Association holds its Annual Meeting October 29-November 2 for over 13,000 members.  Blog editors and other anti-racist public health workers will support 2 resolutions on police violence and cholera in Haiti.  If you belong to APHA, come to the hearing on Sunday, October 30 from 3:30 to 6:00 in the Convention Center. END_OF_DOCUMENT_TOKEN_TO_BE_REPLACED

Racism often characterized and determined the success or failure of union organizing and strikes.  The Knights of Labor, formed in the 1880s, included black and white skilled and unskilled workers while the trades oriented AFL refused to admit black or unskilled workers.  The IWW, the Wobblies, led by leftists, organized multiracial struggles in the mines and other industries.  In the 1930s as the Depression deepened, the communist led CIO recruited black and white skilled and unskilled workers.  However, its inclusionary practices didn’t often extend to fighting the extra exploitation black workers faced in more dangerous and lesser paid jobs.  The labor movement reveals how workers overcame or capitulated to the racism the capitalists nurtured to maintain their own wealth and power. END_OF_DOCUMENT_TOKEN_TO_BE_REPLACED 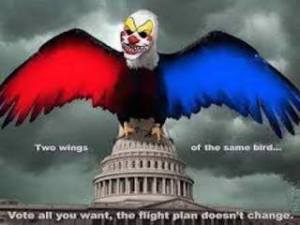 We don’t have to choose between a racist war-monger or a racist wall-builder in November. Let’s build movements instead. Either candidate means disaster for workers and students. Trump is clearly a racist, xenophobic, megalomaniacal loser, and we needn’t fear that any of our readers will vote for him. However, Clinton may be even more dangerous. She represents the main liberal wing of American capitalists and has supported the wars in Iraq and Libya and wants more aggressive action in Syria. She has a long history of racism and sexism, supporting mass incarceration, NAFTA, ending welfare for poor women, and opposing health benefits for new and undocumented immigrant families. END_OF_DOCUMENT_TOKEN_TO_BE_REPLACED

Is World War III around the corner? From 60 Minutes to the journal of the Council on Foreign Relation(CFR), Foreign Affairs, a recent focus has been on the likelihood of war, even nuclear war, between the major powers. We must not let that happen. END_OF_DOCUMENT_TOKEN_TO_BE_REPLACED

At least 4 young men of color have been killed by the police in the last 2 weeks: Pedro Villanueva, Delrawn Small, Alton Sterling and Philando Castile, although there has been little publicity or outrage about the first two. Even the mass rebellions in Ferguson and Baltimore have not changed the impunity with which cops can murder black and Latin citizens. Although many cities have paid millions of dollars to the families of murdered relatives in the last two years, conceding that malfeasance occurred, and some cops have been fired, not one has gone to jail. END_OF_DOCUMENT_TOKEN_TO_BE_REPLACED

The massacre at Pulse of Latin youth has revealed the realities of living Latin, gay and transgender. Author Justin Torres contrasted the safety and sacredness of Pulse with the fear and vulnerability of life in the outside world (Washington Post, June 15, 2016, Op Ed, page A23): END_OF_DOCUMENT_TOKEN_TO_BE_REPLACED