There’s an old song, “I’ve Been Working on the Railroad,” that goes like this:

I’ve been working on the railroad

All the live-long day.

I’ve been working on the railroad

Just to pass the time away.

Can’t you hear the whistle blowing, rise up so early in the morn…

Written in 1894, this famous song depicts the back-breaking work of railroad workers. Built in the 19th Century, largely by black and Chinese workers, the railway system played an integral part in building capitalism in the United States, carrying oil, steel, and other critical products to western markets. The “robber baron” industrialists, such as John D. Rockefeller, Andrew Carnegie, and Cornelius Vanderbilt, made a killing in these industries by cheating and violently attacking workers to create massive wealth.

Today, railroad workers are on the rise. This article will describe potential, current, and previous railway strikes. Because these militant multiracial actions disrupt business, they can improve the lives of workers much more substantially than any electoral strategies. Mass struggles teach us how to work together, identify our enemies and allies, and how to make changes.

END_OF_DOCUMENT_TOKEN_TO_BE_REPLACED

Inflation is the latest way the capitalist system’s crises are deepening the oppression of workers around the world. Capitalism is driven by competition and profit accumulation and generates global economic and political instability. While inflation is depriving U.S. workers of some of life’s necessities, the U.S.’s export of inflation to other countries is even more devastating. Such an absurd and abusive system cries out for a more sensible alternative.

END_OF_DOCUMENT_TOKEN_TO_BE_REPLACED

The August 8 raid by the FBI on Donald Trump’s residence and playground in Mar-a-Lago certainly got everyone’s attention, especially Trump’s. And while the legal battle is playing out over Trump’s taking boxloads of Top Secret and Classified files to his basement (and what was in his safe?), this really reflects something much deeper than the specific criminal acts that are alleged. It could more accurately be described as “The Empire Strikes Back!”

The increasing political divide in the US, reflected on almost any issue from immigration to abortion rights to vaccines, reflects the debate going on in the political class over how to save the US empire. As US imperialism faces ever greater challenges internationally, this debate takes on a more urgent, and sometimes violent, nature. The US empire is slipping away and there is a fierce struggle going on over how to save it. Basically, we are witnessing what goes on inside the loser’s locker-room, with each side blaming the other, and all of them being at least partially right!

END_OF_DOCUMENT_TOKEN_TO_BE_REPLACED

It’s only six weeks since last we wrote about the dangers of war, pandemics, and climate change reaching a climax (https://multiracialunity.org/2022/05/07/an-exploding-world-requires-radical-change/), but already the crises are intensifying. Inflation, infection, injustice, impoverishment and war are all further endangering the lives of workers around the world.

END_OF_DOCUMENT_TOKEN_TO_BE_REPLACED

Workers crushed under structures collapsed by storms of greed – sounds like the theme of an overblown drama, but it’s literal, not literary, in the USA today. Not only are those who perished more likely to be poor and black or brown, but, based on prior experience, assistance to the survivors will be highly disparate. Just another example of racism, profiteering and the sacrifice of workers’ lives at the altar of the dollar.

END_OF_DOCUMENT_TOKEN_TO_BE_REPLACED 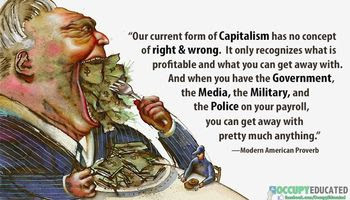